Before 1800 the diver only had a diving-bell and sometimes as a snorkel available to do his job.

From the centuries between 1500 and 1800 , many drawings and descriptions of that, has been saved. Many of those ideas are impossible ,because they intended for instance, to dive deeper than one meter with a snorkel. Studying the designs of Leonardo da Vincy (1500) you can easy make the conclusion , that he did not know anything about the pressure under water. The first knowing description, of a diving-bell ,was made by Aristotoles . He wrote in 332 bc. about the use of such a diving-bell during the besiege of Tyre . In his book Problema he reported ; Often ,indeed, they contrive a means of respiration for divers ,by means of a container send down to them. Naturally, the container is not filled with water but air ,which constantly assists the submerged man ; it is forcibly kept upright in order that it may be sent down at an equal level all round, for if it was free to incline, it would necessarily be filled at once by the incoming water. 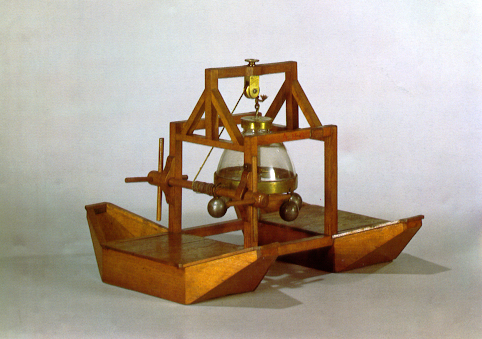 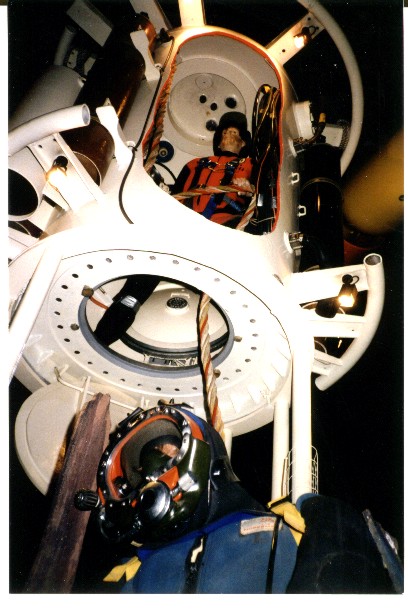 After 1500 many diving-bells have been designed

From size, oil-drum, till enormous wooden barrels with a floor in it. The system to supply fresh air was almost a secret. Probably the divers stay under water till the air became unusable ,or they hoisted barrels filled with air in the bell. The first exact information came from Guglielmo de Lorena. He designed and used a diving-bell in witch he could stay for an hour. On his drawings we can see a wooden barrel of about 200 litres. He used sort of back-pack ,hoisting-chains from the surface, and a looking glass. The barrel reached till the waist of the diver ,in this way he could use his fore-arm to work underneath the rim of the barrel. This invention did already looks like a big helmet . Its a pity he did not describe how they get fresh air. About 1800 the air-pump had been invented ,and herewith a enormous step was made in the evolution of modern diving. By making the diving-bell smaller, the diving-helmet arose by his own. As points to improve still remained ,the leather air-tubes and the waterproof cloth.

Diving-bells are still in use to-day . The may be biggest ever ,was the one that had been used in 1964 to build the IJ-tunnel in Amsterdam. This bell was about 26 meters long, 6 wide and 3meter high . It was made of concrete with steel and had a surface weight of 1.000.000 kilo.